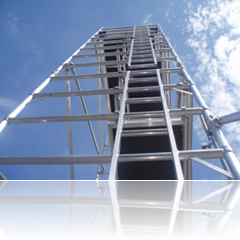 With the fresh release of the Windows Azure SDK for PHP v3.0, it’s time to have a look at the future. One of the features we’re playing with is creating a full-fledged replacement for the current Windows Azure Command-Line tools available. These tools sometimes are a life saver and sometimes a big PITA due to baked-in defaults and lack of customization options. And to overcome that last one, here’s what we’re thinking of: scaffolders.

Basically what we’ll be doing is splitting the packaging process into two steps:

To get a feeling about all this, I strongly suggest you to download the current preview version of this new concept and play along.

By the way: feedback is very welcome! Just comment on this post and I’ll get in touch.

The default scaffolder currently included is based on a blog post I did earlier about having a lightweight deployment. Creating a template for a Windows Azure project is pretty simple:

This command will generate a folder structure in C:\Temp\Sample and uses the default scaffolder (which requires the parameter “DiagnosticsConnectionString to be specified). Nothing however prevents you from creating your own (later in this post). 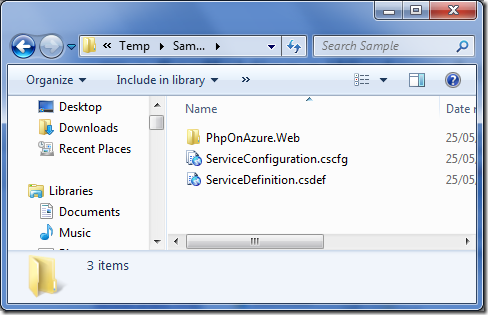 Once you have the folder structure in place, the only thing left is to copy your application contents into the “PhpOnAzure.Web” folder. In case of this default scaffolder, that is all that is required to create your Windows Azure project structure. Nothing complicated until now, and I promise you things will never get complicated. However if you are a brave soul, you can at this point customize the folder structure, add our custom configuration settings, …

After the scaffolding comes the packaging. Again, a very simple command:

Building your own scaffolder

Scaffolders are in fact Phar archives, a PHP packaging standard which is in essence a file containing executable PHP code as well as resources like configuration files, images, …

A scaffolder is typically a structure containing a resources folder containing configuration files or a complete PHP deployment or something like that, and a file named index.php, containing the scaffolding logic. Let’s have a look at index.php.

Looks simple, right? It is. The invoke method is the only thing that you should implement: this can be a method extracting some content to the $rootPath as well as updating some files in there as well as… anything! If you can imagine ourself doing it in PHP, it’s possible in a scaffolder.

Packaging a scaffolder is the last step in creating one: copying all files into a .phar file. And wouldn’t it be fun if that task was easy as well? Check this command:

I’m not going to provide all the following scaffolders out of the box, but here’s some scaffolders that I’m thinking would be interesting:

Enjoy! And as I said: feedback is very welcome!