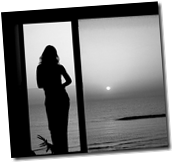 When Windows Azure was first released, only Web Roles were able to have an externally facing endpoint. Since PDC 2009, Worker Roles can now also have an external facing endpoint, allowing for a custom application server to be hosted in a Worker Role. Another option would be to run your own WCF service and have it hosted in a Worker Role. Features like load balancing, multiple instances of the Worker are all available. Let’s see how you can create a simple TCP service that can display the current date and time.

Here’s what I want to see when I connect to my Azure Worker Role using telnet (“telnet efwr.cloudapp.net 1234”): 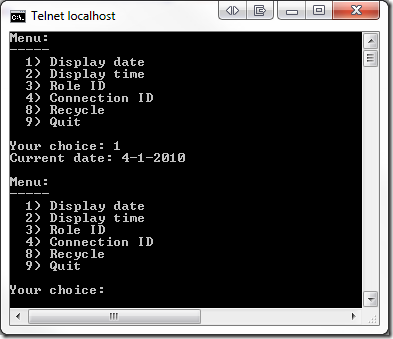 Let’s go ahead and build this thing. Example code can be downloaded here: EchoCloud.zip (9.92 kb)

Fire up your Visual Studio and create a new Cloud Service, named EchoCloud, with one Worker Role (named EchoWorker). After you complete this, you should have a Windows Azure solution containing one Worker Role. Right-click the worker role and select Properties. Browse to the Endpoints tab and add a new endpoint, like so: 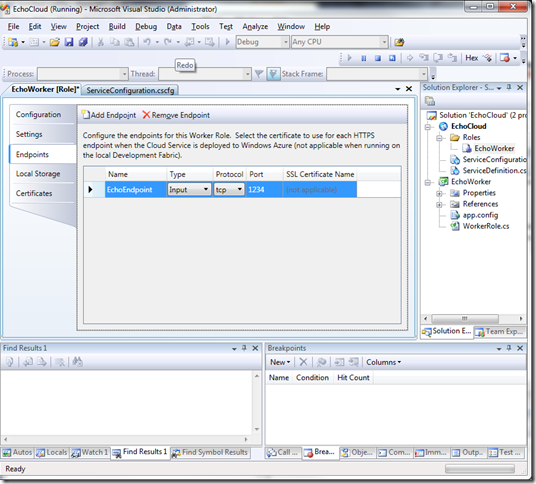 This new endpoint (named EchoEndpoint) listens on an external TCP port with port number 1234. Note that you can also make this an internal endpoint, which is an endpoint that can only be reached within your Windows Azure solution and not from an external PC. This can be useful if you wan to host a custom application server in your project and make it available for other Web and Worker Roles in your solution.

As you know, a Worker Role (in the WorkerRole.cs file in your newly created solution) consists of 3 methods that can be implemented: OnStart, Run and OnStop. There’s also an event handler RoleEnvironmentChanging available. The method names sort of speak for themselves, but allow me to explain quickly:

Our stuff will go in the Run() method. We’ll be creating a new TcpListener which will sit and accept connections. Whenever a connection is available, it will be dispatched on a second thread that will be communicating with the client. Let’s see how we can start the TcpListener:

First thing to notice is that the TcpListener is initialized using the IPEndpoint from the current Worker Role instance:

Here’s a screenshot of my development fabric with two Worker Roles that I crashed intentionally. The service is still available, thanks to the fabric controller dispatching connections only to available Worker Role instances. 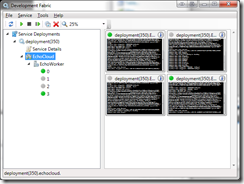 Just a quick note: the approach described here can also be used to run a custom WCF host that has other bindings than for example basicHttpBinding.