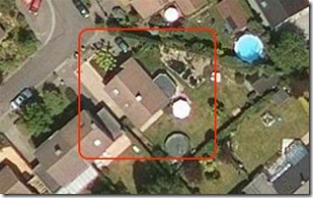 Sometimes, I take a look at Google maps to check if Belgium is finally mapped and photographed with more detail. When I checked today, I found out some regions near Antwerp and Brussels now are much more detailed. On my house picture, before really blurry, I can see the snapshots were taken during the summer: our new umbrella (is parasol correct English?) is open on the terrace.

Looking for evidence of this update, I found an unofficial article on Tweakers.net stating that also the Netherlands have had a major imagery update. 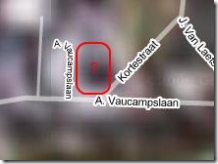 The article also states that some military bases are totally blurred out. Seems like I work on a military base? (which is not)