Ever since I started developing PHPExcel, I noticed this option of connecting to CodePlex's Team Foundation Server using Teamprise for Eclipse (free CodePlex license here). Back in the days, I was developing using Zend Studio 4, but I recently upgraded to Zend Studio 6 for Eclipse.

Let's rephrase that: it is perfectly possible to use Team Foundation Server in a mixed Microsoft / PHP development team as your main store for source control, work items, reporting, ...

Here's a screenshot of my installation when accessing the CodePlex Team Foundation Server from Zend Studio: 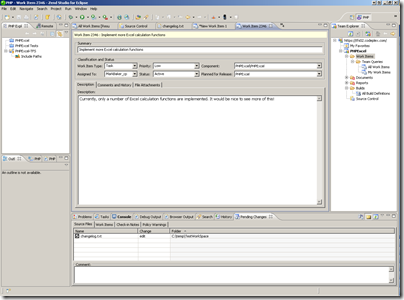